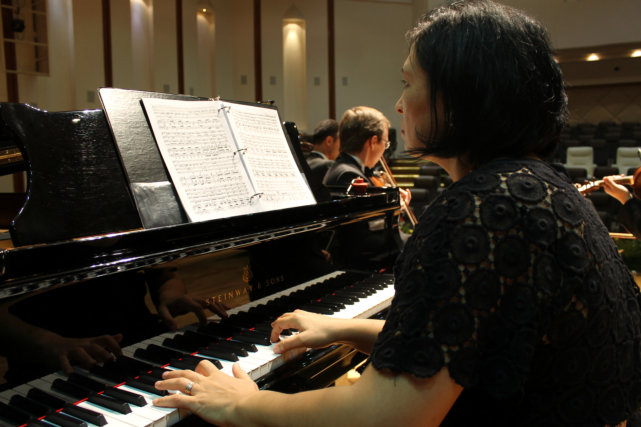 Steinway Artist Dr. Kadisha Onalbayeva was born in Zhetisay, Kazakhstan and began her musical training at the age of five. She is the first pianist from Kazakhstan to be named a Steinway Artist. She attended the Zhubanov Special School for Children in Almaty, Kazakhstan. While at Zhubanov she studied piano and composition, gave piano recitals and was involved in both piano and composition festivals and competitions.

Awards include the Soviet Union’s New Talent competition and various prizes in national piano competitions and Central Asia piano competitions. She also participated in international music festivals in Germany, Turkey, Russia, and Uzbekistan. After graduating from the Zhubanov School, Kadisha entered the Kurmangazy National Conservatory of Music. She was awarded the President’s Award for Young Artists and Chevron’s Award for Talented Students in piano and composition.

Dr. Onalbayeva continued her performances as a recitalist, chamber musician, composer, and as an orchestral soloist. She received a Soros Prize for her work in the development of international cultural exchanges. She earned two Master of Musical Arts degrees in both composition and piano performance at the University of New Orleans. She then received her Doctorate of Musical Arts in piano performance at Louisiana State University.

Throughout her career, Dr. Onalbayeva has been a strong supporter of new music and she has been particularly interested in introducing the music of Kazakhstan to audiences the United States. She performs her music and participates in international new music festivals as a composer, performer and organizer throughout Central Asia, Uzbekistan, Kazakhstan, Russia, Europe, Costa Rica, Bahamas and the United States.

Dr. Onalbayeva is the Director of Piano Studies and Professor of Music at the University of Mobile. She is founder and currently serves as President of the Gulf Coast Steinway Society (Alabama, Florida, Georgia, Louisiana and Mississippi). She was recently commissioned to write a symphonic poem titled Zherym (My Motherland) which premiered on May 17, 2014 by the Kazakhstan National Orchestra.

On May 21, 2015 she premiered Artyk Toxsanbayev’s Rhapsody for Piano and Orchestra with the Astana Philharmonic Orchestra, Kazakhstan. She performed these work again with the Albany Symphony Orchestra, Albany, Georgia, USA in November 2016. Toxsanbayev’s Rhapsody is dedicated to Dr. Onalbayeva. Another composition dedicated to Dr. Onalbayeva composed by her husband, Michael Coleman, entitled Arman (Dream) premiered with the Louisiana Sinfonietta, April 3, 2016, in Baton Rouge, Louisiana, USA. 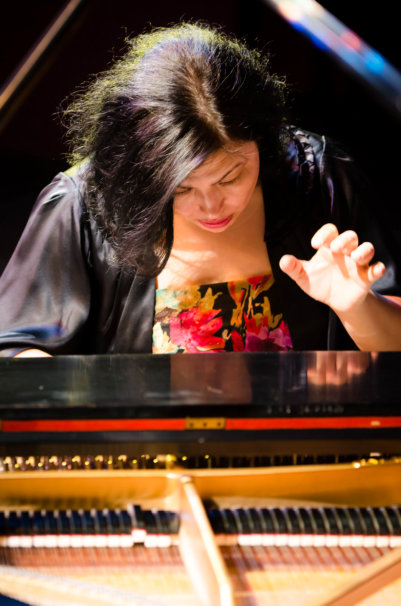 The Minister of Culture of the Republic of Kazakhstan recently filmed a documentary on the life and musical career of Dr. Onalbayeva titled Independent National’s Heritage which was released in both Kazakh and in Russian in 2015. On December 20, 2016 Dr. Onalbayeva recorded four works for Steinway’s Spirio recording project at Steinway Hall in New York, NY.

In 2017 she was awarded an Artist Fellowship Grant from the Alabama State Council on the Arts.

On June 6, 2018 she performed a solo recital at Carnegie Hall. 2019, she recorded “Ligeti Light” for solo piano by Lawrence Moss on a CD released through Innova. The title of the CD is “New Dawn”.

She received the “Glad Robinson Youse Adult Composer Award” in 2019 for her solo piano composition “Think…Together.”

2020, Onalbayeva composed the theme song “Alla” for an internationally-acclaimed documentary “Alla Muse of Dior”  This documentary is under consideration in Europe for a Golden Eagle award.  She recently released a new solo piano CD, “Think…Together” (July, 2021) which includes original compositions and arrangements by Dr. Onalbeyeva.

Dr. Onalbayeva lives in Pensacola, FL with her husband, Michael Coleman, also a composer and pianist. She has one daughter, Malika and her granddaughter Dorothy Kadisha.